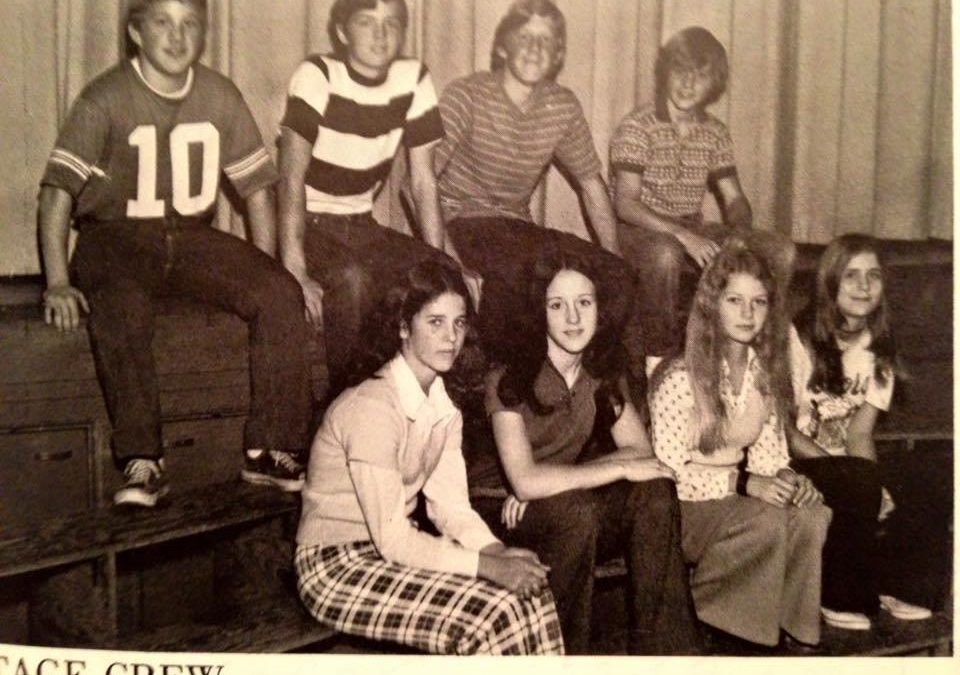 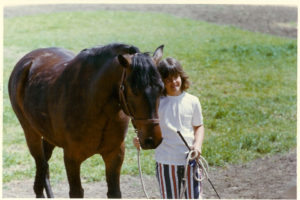 I walked through my days hiding a secret. No one in my family knew about it. We all lived together on a family compound but I was still alone. We lived on seven acres with my great-grandmother, grandparents, aunts and uncles and cousins; nineteen of us sharing a barn and a kidney shaped swimming pool. We did everything together, celebrating holidays, birthdays, raising chickens, horses and noisy peacocks. We were the rich people on the hill, admired, resented and misunderstood.

We lived only a few miles away from San Francisco and yet I had no idea what was happening there. I was safe because my family knew how to hide things from me. That gift they thought would protect me set up the perfect hunting ground for a predator who thrived on silence.

Living with so many family members protected and insulated me from the tumultuous world of the 1960’s and ‘70s. I didn’t have a clue what was going on in Oakland with the Black Panthers or the Viet Nam war protests. We children lived an outwardly enviable life. But I was still too afraid to tell. The fear haunting me kept me quiet. I had been warned of the consequences.  I knew if my family found out we would be torn apart. Friendships would be destroyed and our way of life forever altered.

More than anything else I didn’t want to hurt my mother. He told me if I shared our secret she would lose her best friend. Their deep bond and laughter would be ripped away… by me. I watched how my mother’s best friend looked at her, laughed with her and shared stories from their younger years. They loved being together. My mother was no longer a teacher but her best friend still was. I liked her too. I knew she must be a wonderful kindergarten teacher. Always smiling her big white smile, her face always tanned by the sun and her hair black and perfectly styled. She was beautiful, she was kind and didn’t know what her husband had done to me.

That’s when the ghosts started coming. It began with a dark ominous face in the corner of my bedroom. The eyes burned a glaring red as the head moved slowing towards me. I was too terrified to turn on my light, all I could do was push myself up against the whicker headboard and scream. It didn’t stop when I opened my eyes. It didn’t stop until my mother ran down the hall and turned on my light. My heart pounded like it was going to burst out my throat.

That evil face appeared many times then was joined by dark shapes that stood at the foot of my bed or ran in groups outside my bedroom window. I began to scream automatically when anything frightened me at night. I’d often wake up in the morning finding that I’d gotten out of bed and turned on my light while I was asleep. I wasn’t safe during the day and I wasn’t safe at night.  The burden was evolving, crushing my chest, trying to force its way out. I didn’t understand what was happening to me anymore than why a man I loved and admired had turned into a nightmare.

My family loved parties and barbecues. We’d pick one of our houses and all converge for lots of eating, listening to music and dancing. Santana would blare out of speakers that came up to my waist. We kids would dance and play hide and go seek. We ate vegetables and fruit out of our gardens and meat singed on barbecues that smoked their way through the summer. We played ping pong, horseshoes and tetherball. The parents, including my grandparents, knew how to have a good time. Martini’s flowed and as the evening progressed the men smoked cigars and drank single malt scotch.

My family loved jazz. If we had a party it sometimes included live music. The night it happened everyone was having fun listening to the jazz ensemble set up on the deck next to our front door. The big front lawn outside my bedroom window was full of partygoers lying on the grass listening to music. I was in a sleeping bag staring up at the stars caught up in the music when he came up and laid down next to me. It was dark and hard to see. I was flattered that he’d come over to talk to me. He didn’t really like children… even though his wife was a teacher. He said I was one of the few kids he liked. That made me feel good.

What happened next was confusing, completely unexpected and outside anything my eleven year old mind could muster. I knew it was wrong, I knew I didn’t like it but I was too shocked and afraid to say, “NO!” So I giggled and tried to move away from him. But I was trapped in the sleeping bag and couldn’t get away. He said things that confused me even more. He wanted to take me to his house. He wanted to do it again.

Then he warned me about what would happen if I told my parents. All I wanted to do was get away from him. When he finally took his hand out of the sleeping bag and my underpants, I ran into the house. I didn’t know what to do. All I knew was I wanted to stay away from him. I went into my parents’ bedroom and lay down on the concrete floor next to their bed. It was dark and no one ever came back to my parent’s room during parties. I told myself if I heard his footsteps, I would slither under the bed and hide.

My parents found me later that night lying next to their bed. They didn’t know why I was there and didn’t’ ask. They just told me to go to bed and I did. That’s when the cat and mouse game began. He’d come to our house for parties, holidays anything where my mother’s best friend was invited. I did my best to stay away from him. Sometimes he’d try to get me alone. I always outmaneuvered him. When I was a teenager, he cornered me while I was sitting on the red couch and tried to get me to shake his hand. “We have to be friends! You have to shake my hand.” I refused, looking down, my arms crossed over my chest. My Dad found us in the living room and he told him to leave me alone. Dad never asked me why that happened and the burden grew.

It was five years before I told a friend what happened. I’d started spending more time away from home when I knew they were coming over. I’d just spend the night at a friend’s house. I got good at thinking one step ahead of him. But I also developed a primal fear that haunted me when darkness fell. I had to have a weapon if I was alone. A hoe, a hatchet a carving knife anything to protect myself against the predators just about to attack me. I wasn’t safe in our pool, I wasn’t safe sleeping outside and I certainly wasn’t safe in my bedroom.

I finally told my parents in my late teens. Let’s just say they were a product of that era and didn’t handle it in a way that comforted me and helped me to heal. The fear that had taken hold ravaged my nervous system and turned innocent situations into potential disasters. Quieting my overprotective self-preservation mechanism has been an on-going process. It took years, well into my 50’s to finally find even a little peace.

It helped when he died… karma’s a bitch and he died of testicular cancer. At the time I felt nothing but relief. Still when I spent time with his widow, I wondered if she ever had any idea what kind of a man her husband had been. Did she know what he’d done to me and maybe to other girls? I’ll never know. They’re both gone now. I’m so grateful we live in a time when there’s more resources available for parents and children. But still I know children hide the abuse and walk through their days protecting the wrong people. I wonder when it will ever change.

So many children move through their days hiding the secrets of their abusers. It breaks my heart to think of the little ones carrying that burden right now. But I also hurt for the ones who are now adults who have carried secrets that have done immeasurable damage to their adult lives. This topic is still taboo. I know I am walking shoulder to shoulder with so many who have stories like mine… probably many much worse. They don’t understand where their rage comes from, or the fear and terror of being preyed upon.

I had a fantasy that our culture would change and more of these stories will emerge. The pedophiles will know their secrets are no longer easily kept. Children will be taught from a young age that no matter what someone says to them, warning them of dire consequences, they can still tell an adult and the abuse will stop. I’m not naive to the trauma that telling can bring on the abused. Families will be broken up, friendships torn apart but at least the predators are caught, punished, kept away from future victims and hopefully helped.

Childhoods have their challenges, their trials and painful memories. But what a difference it would make if at least, children were allowed time to grow up without the fear of a pedophile destroying their sense of trust, confusing their understanding of their sexuality and creating psychological wounds that are carried their entire lives.  It’s time to share the burden with everyone. We all have a part to play in making this world safer for our most vulnerable.